News release: “A feeling of normality” in London’s West End as the return to the office continues increases pace 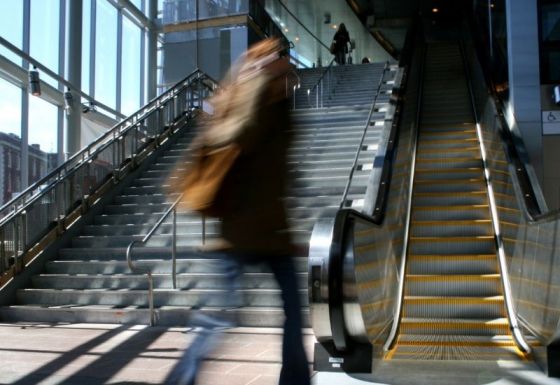 The volume of office workers returning to their desks across the UK increased by 1.7 percentage points, to 18.3%, last week, boosted by a sharp increase in London’s West End, which saw an average of 33.4% of staff back in the office, according to the latest research from Remit Consulting.

Based on data provided by building managers from over 150 major office buildings around the UK, the firm’s ReTurn Report records the number of workers attending the workplace on a daily basis, using data from automatic turnstiles to assess the number of people entering offices as a percentage of the capacity for each building.

Remit Consulting's Lorna Landells said: "Nationally, the average figure was boosted by the performance of central London, particularly the West End, where the diversity of shops, restaurants and other leisure offers seem to be encouraging more staff to return to the office.

“Anecdotally, the West End certainly has a buzz about it again and there is a feeling of normality in Mayfair, Soho, Westminster and the surrounding areas,” she added.

Remit Consulting reported that the busiest days of the week were, once again, Tuesday, Wednesday and Thursday and that, nationally, on all three days the average volume of staff at their desks was over 20%, peaking at 21.2% on Thursday.

As reported in the media, figures from Springboard, show that footfall across the UK rose by 2.7% on the previous week, with Central London and large city centres recording a growth of 6.5% and 6.1% respectively. However, footfall in areas of Central London that are dominated by offices rather than shops rose by 8.8%, providing further evidence of a ‘return to the office’.

In Scotland, where the working from home guidance remains in force, the average number of staff at their desks in Glasgow rose slightly to 7.6%, while in Edinburgh the average fell by 1.2 percentage points from 16.7% the week before, to 15.50 %.

“The slight fall in the weekly data for Edinburgh reflects what has been recorded in other cities across the country since we began the study in the spring. We expect these weekly fluctuations in the data but, without a doubt, there has been a marked upward shift in occupancy rates since early September,” observed Lorna Landells.

Melanie Leech, Chief Executive, British Property Federation commented: “Remit Consulting’s ReTurn data shows that the total volume of workers returning to the office is steadily increasing. This is good news both for those who have been keen to regain the benefits of coming together physically to collaborate, generate ideas and learn from each other and for the town centre businesses who rely on office workers for their trade.”

Remit Consulting’s research also looks at the number of external visitors entering office buildings for meetings, etc. These figures also fluctuate from week-to-week but are significantly higher than between May and August, when Covid-19 restrictions began to be eased in the UK. At the same time, car park utilisation rates, which are covered by the research, have also increased and last week, they rose from 34.5% to 35.3%.

With petrol deliveries currently being restricted, the study may see a decrease in the use of cars as a method of commuting, as this may impact people’s ability to get to work by car.

The data for Remit Consulting’s research is supplied by building and property managers in major UK cities, and the research is supported by the British Property Federation and the Property Advisors Forum.