News release: Remit Consulting reports a further incremental increase in the volume of UK office workers at their desks 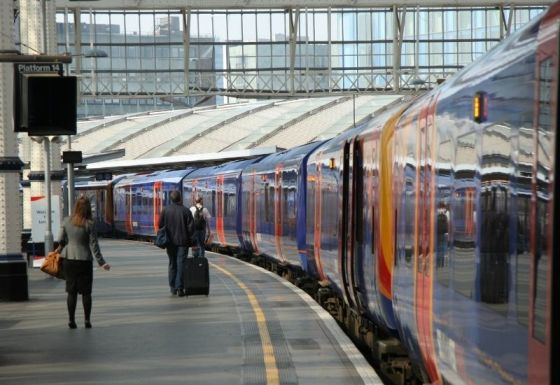 The average volume of UK office workers visiting the office made a further incremental increase in the week ending 15th of October, according to the latest research from Remit Consulting.

The firm's latest return report shows that, last week, the National average for the volume of office workers at their desks, on a daily basis, reached 22%, a rise of 1.8 percentage points compared to the previous week (20.2%).

Remit Consulting confirms that this was the sixth consecutive week when the number of staff attending their place of work had increased. Over the summer months, the figure fluctuated from week to week.

The latest figures also confirmed that Tuesdays, Wednesdays and Thursdays remain the most popular day to be in the office, with Mondays and, particularly, Fridays being noticeably quieter. The average occupancy exceeded 25% on Wednesday and Thursday, the highest levels yet recorded by the research at a national level.

The national upward trend was reflected in most of the locations within the study and in London's West End, the five-day average stood at 27%, the second-highest figure recorded for this part of the capital since the study began in the spring of this year. As a whole, London matched the national average of 22%. 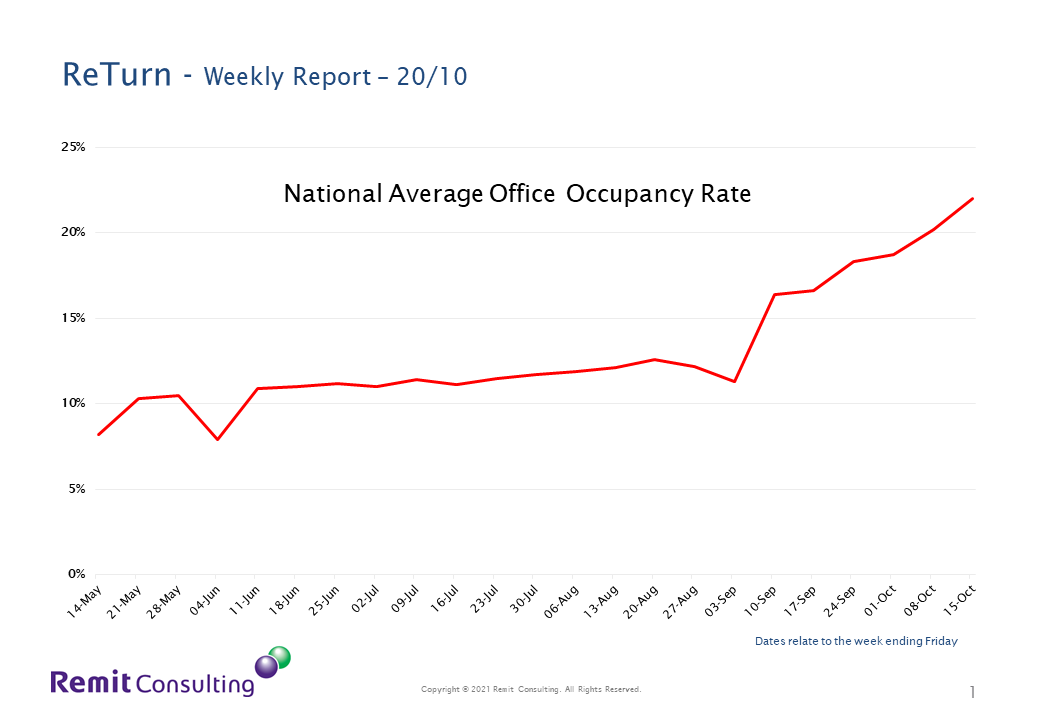 Lorna Landells of Remit Consulting said: "The incremental increases revealed by our study is good news and a hopeful sign that we are seeing a return to normality. However, it is a very slow process, and there is clearly still a reluctance to return to the office on a full-time basis. Employees have had a taste of working from home and, with an average of only around a fifth of office workers at their desks on any particular day, it would seem that a mixture of working in the office and from home is popular and could reflect a desire for a better work-life balance.

"With talk of a 'great resignation' of staff, should employers insist on full-time working from the office, it is easy to imagine that the adoption of a hybrid model with staff given the option to work from home could become a battleground within the ‘war for talent’," she added.

Remit Consulting’s research is supported by the British Property Federation and the Property Advisors Forum.