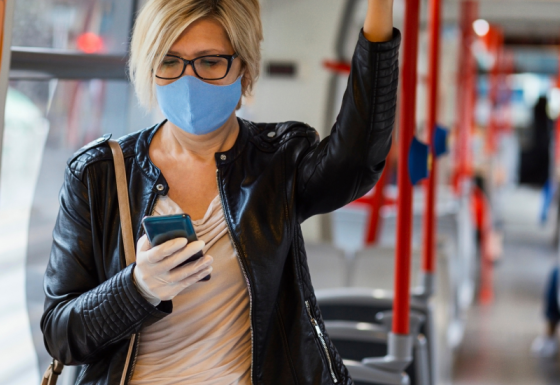 The latest data from Remit Consulting regarding average office occupancy levels in the UK, reveals a further small increase for the week ending 28th January, the first full working week following the Government’s announcement of the withdrawal of its Covid-19 ‘Work from Home guidance’.

Based on data obtained from access control systems in over 150 office buildings around the UK, the management consultant’s Return Report reveals that office occupancy reached a national average of 16.9%, a rise of three percentage points compared to the week before.

“Following the relaxation of restrictions, we are seeing incremental rather than spectacular increases to the volume of staff working in the office,” said Lorna Landells of Remit Consulting.

“This is a similar pattern to the one our study identified last year, at the end of the summer holidays, when the office occupancy rates increased by a few percentage points each week and indicated that many businesses were experimenting with hybrid working models involving a mix of remote and office-based working and allowing staff to be in the office once, twice or three times per week,” she added.

In London, last week, the average office occupancy rates reached 22.4% in Docklands and 21.7% in the West End, the first time either figure has exceeded 20% since early December and before the Plan B Restrictions were imposed. The City (15%) the Midtown (11.9%) markets remained quieter. Overall, the average office occupancy in London reached 17.1%.

Remit Consulting’s research confirms that Mondays and Fridays remain the quietest days of the week in terms of staff visiting the office. 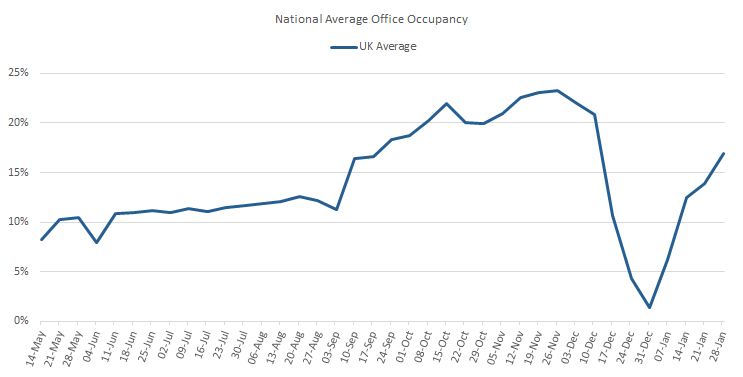 Office occupancy figures (national average) by weekday since week May 2021. 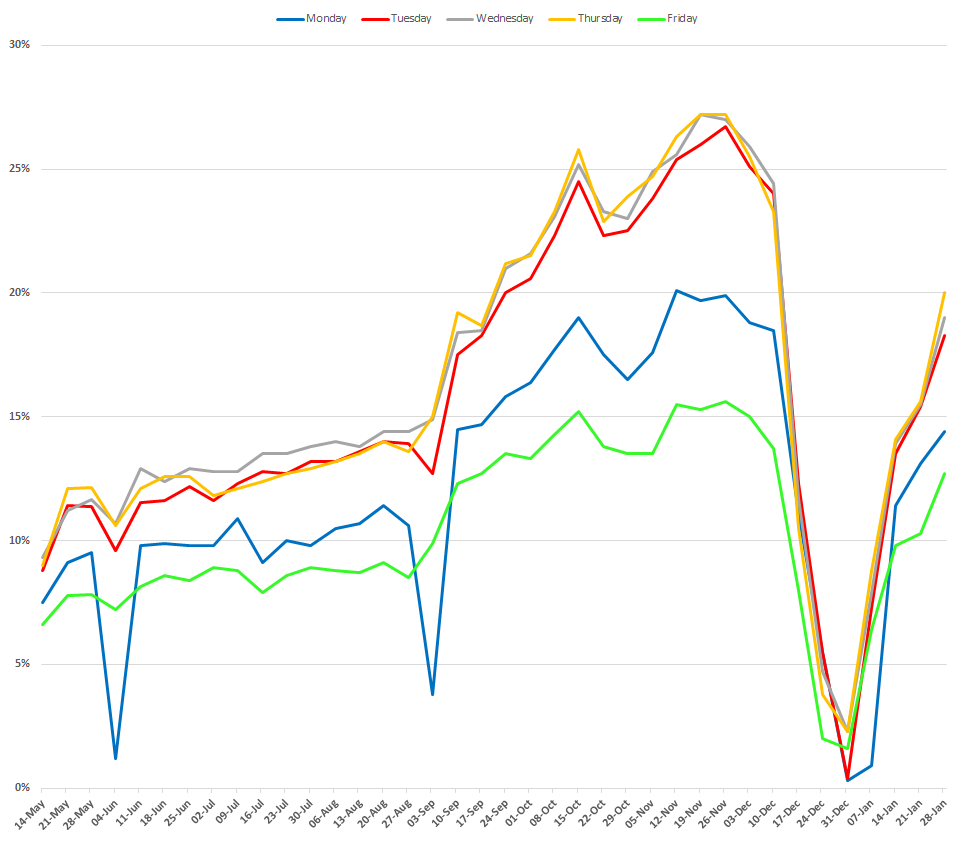