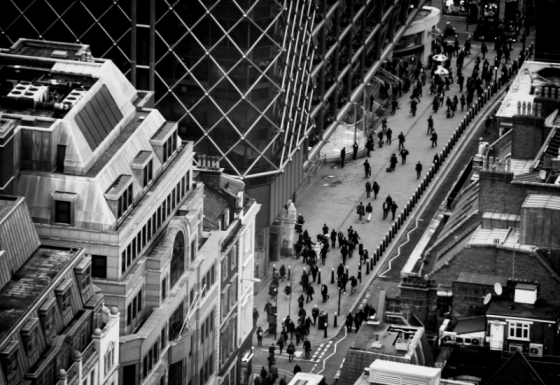 According to the latest data released by Remit Consulting, average office occupancy levels in the UK rose slightly in the week ending 21 January, which coincided with the withdrawal of the ‘Work from Home guidance’ that was introduced in England during December.

Based on data obtained from access control systems in over 150 office buildings around the UK, the management consultant’s Return Report reveals that office occupancy reached an average of 13.9%, compared to 12.5% the week before.

“It was anticipated that there would be a substantial return to the office following the ending of the Work from Home guidance in England, which was announced at PMQs on the Wednesday. However, the data reveals that, nationally, office occupancy on Thursday (20th) was just minimally higher than either of the two previous days. Once again, Friday (21st) was the quietest day of the week, seeing an average occupancy of just 10.3%,” said Lorna Landells of Remit Consulting.

“Since our study began last spring, the overall picture has been one of fluctuation and despite the easing of restrictions across the UK, we expect this to continue in the coming months. The stark contrasts that were evident before the emergence of the Omicron variant, with some office properties consistently seeing high occupation levels and others remaining relatively empty, looks likely to be a feature of the market in the short to medium term.

“The next set of figures will cover the first full working week following the wider relaxation of Covid restrictions in all four nations and should provide a better indication of how staff and businesses are responding.

“The data from earlier in the study indicated that many businesses were allowing staff to be in the office once, twice or three times per week, suggesting that firms were experimenting with hybrid working models involving a mix of remote and office-based working and a change in attitudes towards remote working practices. If this becomes a long-term trend, we may see a reduction in the amount of office space needed by businesses,” she added.