News Release: The rate of return to the office “appears to have plateaued” says Remit Consulting 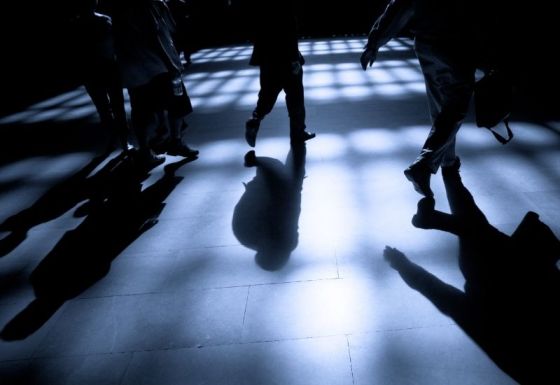 Having reached the highest level seen since the start of the pandemic in the previous week (33.1%), the national average number of staff working from the office fell four percentage points to 29.1% last week, according to research from Remit Consulting.

“Since the end of the summer holidays, office occupancy has been fluctuating around 30%, with the weekly national average since the week ending 9th September standing at 30.1%. With the weekly data reflecting events such as train and tube strikes, these fluctuations are being seen across the country, and the national figure seems to have plateaued,” said Lorna Landells of Remit Consulting.

“The data shows that the long-term trend is up, which is good news, however, with the festive season just around the corner, it seems unlikely that there will be a significant leap in the average number of office workers returning to their desks before the turn of the year,” she added.

Tuesdays, Wednesdays, and Thursdays continue to see the highest occupancy rates, although the figure for Thursday (10 November) was noticeably lower than usual, probably because of industrial action on London’s Tube network impacting commuters in the capital. 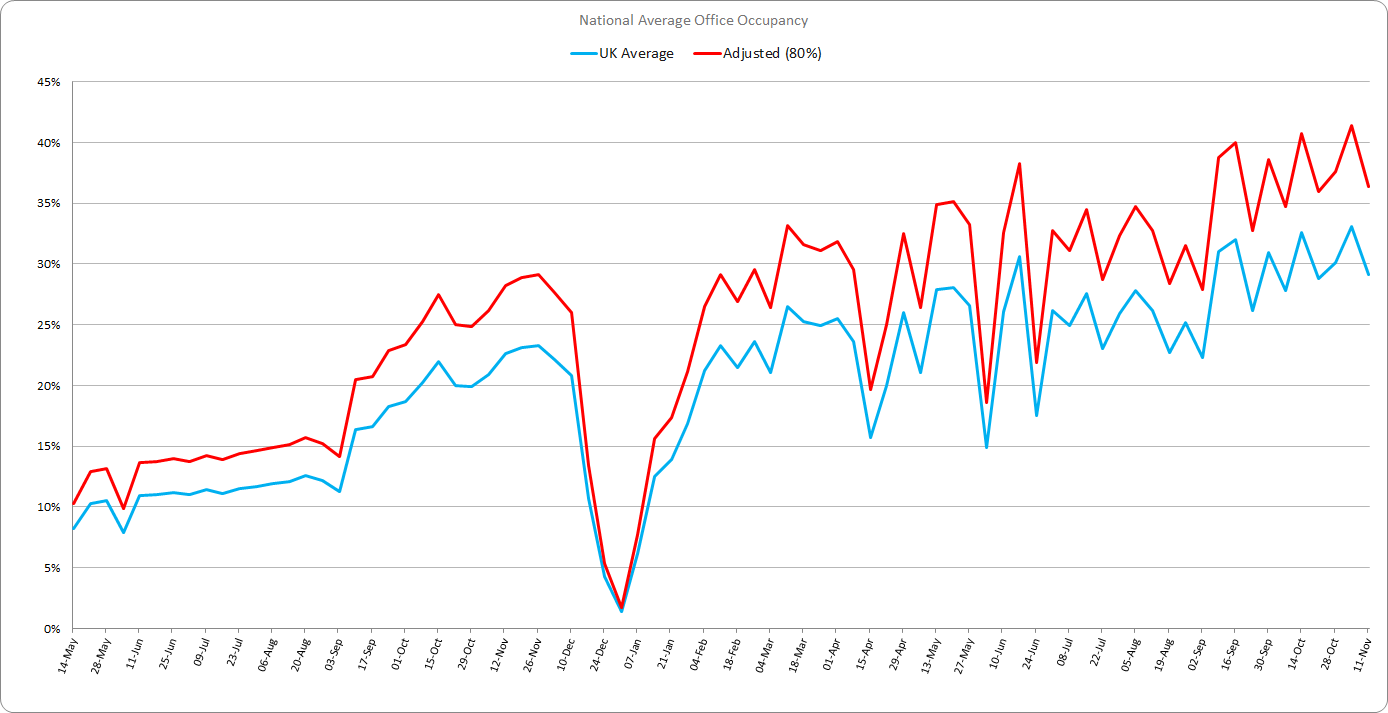 The property sector has diverse views in regarding what constitutes maximum occupancy for offices, with some industry commentators suggesting that, due to holidays, external meetings, staff sickness and other operational issues, offices were only ever 60-80% ‘full’ before the pandemic.

Previous research from the British Council for Offices (BCO) suggested a figure of 60%, while other market practitioners suggest a figure of between 70% and 80% at peak times in the calendar, although this will have varied widely according to individual buildings and businesses. The graph shows an adjusted figure to compare current figures with a possible pre-pandemic “80% average office occupancy”.