News Release: UK’s office occupancy levels hit the highest level since the start of the pandemic 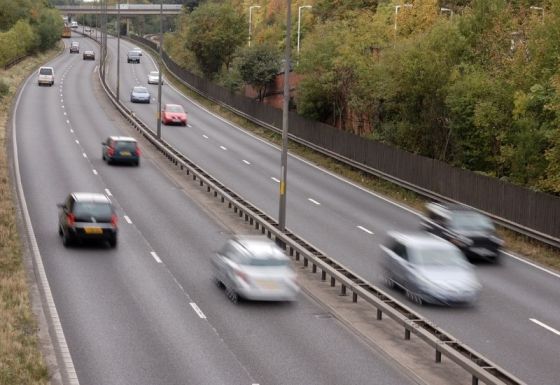 The number of people returning to work in the office in the UK has hit the highest level since the start of the pandemic, according to the latest data released by Remit Consulting.

The management consultant’s figures reveal that, for the week ending 13 May, average office occupancy rates for the UK reached 27.9%, the highest weekly average recorded over the past 12 months by the firm’s Return Report. In London, the average occupancy rate reached 29.3%. The weekly average for the West End submarket was 37.6%.

Tuesday, Wednesday, and Thursday remain the busiest days of the week, and the national average office occupancy exceeded 32% on each of these three days last week, peaking at 33.3% on Tuesday, 10th May. On the same day in the West End of London, office occupancy rates reached 49.1%.

Commenting on the research, Lorna Landells of Remit Consulting, said: "In addition to the higher numbers of staff returning to the office, last week also saw over 25,000 external visitors entering the offices included in our study – the highest number recorded in a single week over the past twelve-months – suggesting that the number of face-to-face meetings is also increasing. At the same time, car park utilisation rates were also the highest we have recorded.

"While this is positive news, average office occupancy rates are still significantly lower than before the pandemic and far short of what was previously considered normal," she cautioned. 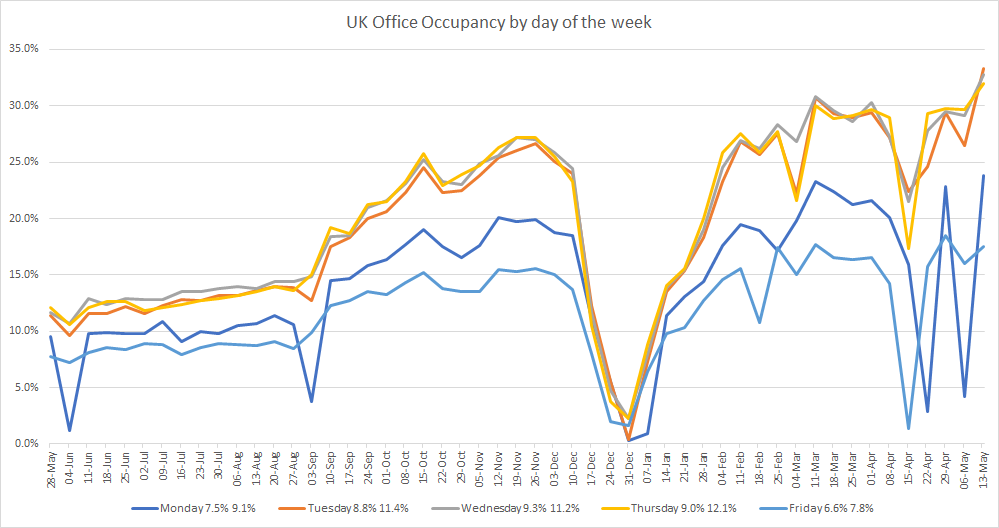