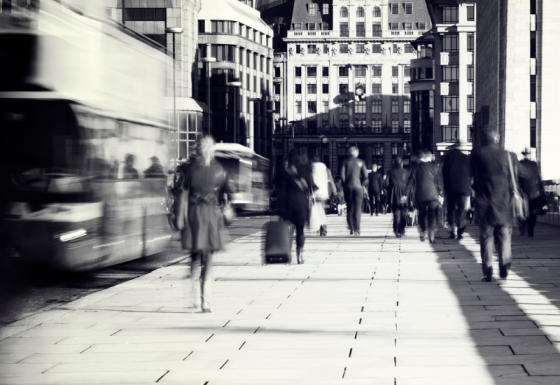 The number of people returning to work in the office in the UK saw a marginal increase last week and remains at the highest level since the start of the pandemic, according to the latest data released by Remit Consulting.

The management consultant’s figures reveal that, for the week ending 20 May, average office occupancy rates for the UK were 28.1%, 0.2 of a percentage point higher than the previous week. It is the highest weekly average recorded by the firm’s Return Report since it began the study in May 2021.

In London, the average occupancy rate reached 31.2%. The weekly average for the West End submarket was 42.0%. The average figure in the West End reached 50%, on Tuesday, Wednesday and Thursday last week.

“Despite the small increase in the weekly figures, the upward trajectory is promising,” said Lorna Landells of Remit Consulting.

“There are diverse views in the property sector regarding what constitutes maximum occupancy for offices, with some industry commentators suggesting that, due to holidays, external meetings, staff sickness and other operational issues, offices were only ever 60-80% ‘full’ before the pandemic. Previous research from the BCO suggested a figure of 60%, while other market practitioners suggest a figure of between 70% and 80% at peak times in the calendar, although this will have varied widely according to individual buildings and businesses.

“Using the hypothetical 80% as the high watermark for a ‘full’ office before the pandemic, the latest national average figure of 28.1% equates to 35.1% of the occupancy levels typically seen before the pandemic. Using the same methodology, Tuesdays, Wednesdays, and Thursdays are regularly achieving over 40% occupancy.

“It might be a generalisation, but a number of office buildings were under or poorly used before the impact of Covid-19 and the resulting requirements of many to work from home. As we emerge from the pandemic, an increasing number of businesses are adopting hybrid working models, and there is an opportunity for the market to reset and provide efficient, high-quality office environments that embrace flexible working practices and help attract the best staff while maintaining and supporting the corporate culture of the workplace,” she concluded. 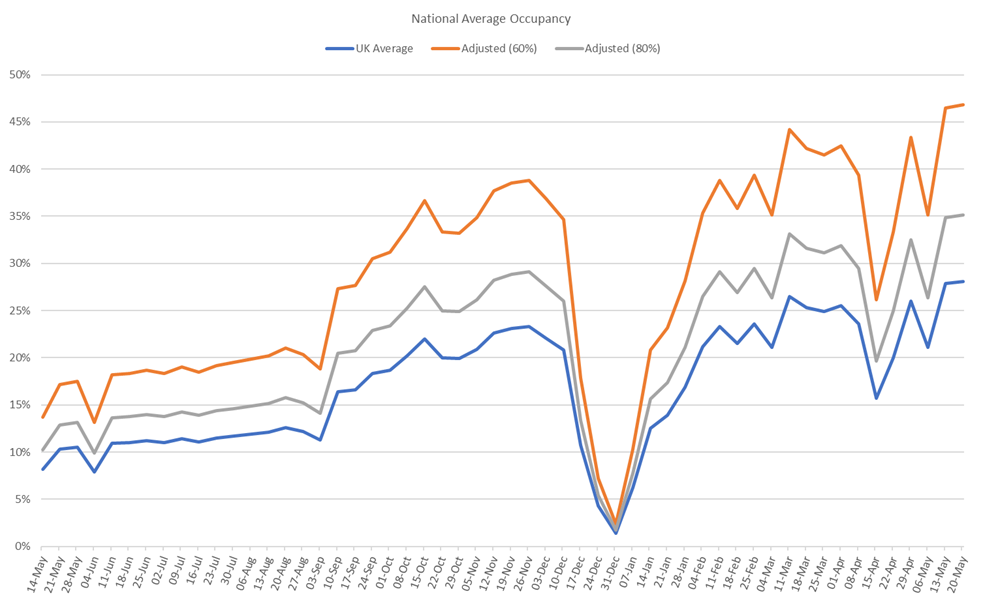 Office occupancy figures (national average) by weekday since May 2021. 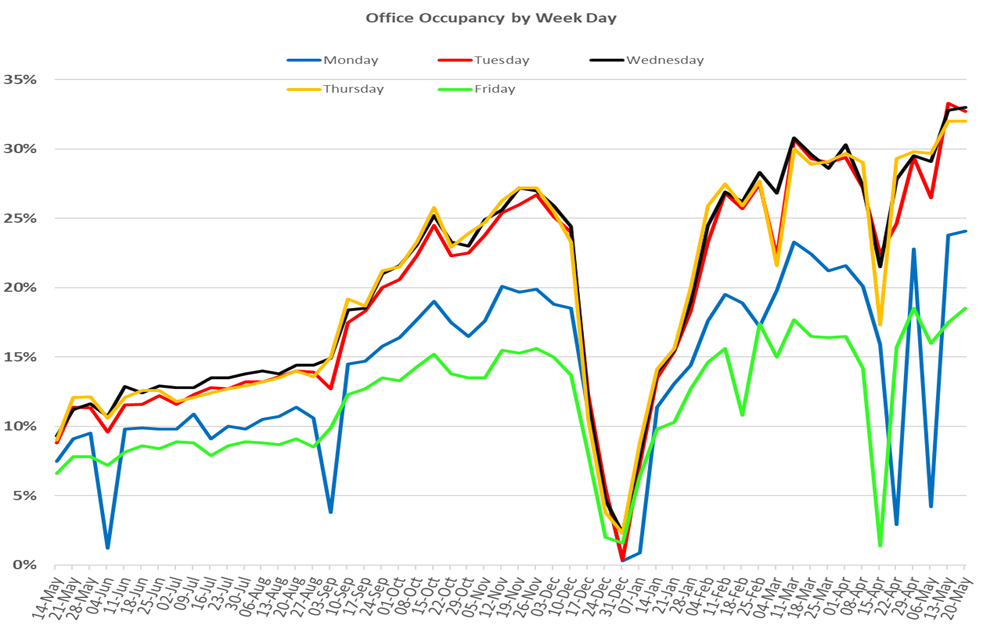