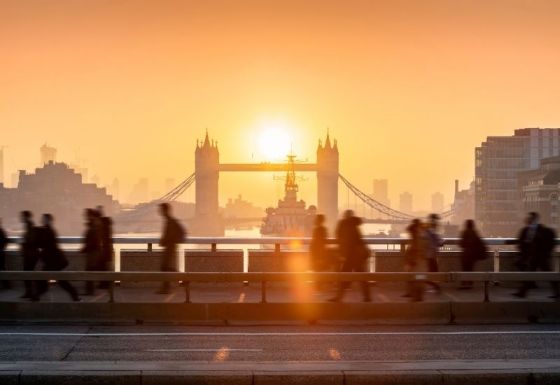 The number of people working from their office in the UK last week reached the highest level since the start of the pandemic, according to the latest data released by Remit Consulting.

The management consultant’s figures reveal that, for the week ending 17 June, average office occupancy rates for the UK stood at 30.6% - the highest since the start of the survey over twelve months ago.

Tuesday, Wednesday, and Thursday all achieved occupancy of more than 35%, while Friday reached 20% for the first time. In London, the average office occupancy rate reached 40% from Tuesday to Thursday, with the West End exceeding 50% on the busiest days.

“While occupancy rates have been affected by recent events, including the extended Jubilee celebrations and half-term school holidays, the underlying data reveals that, nationally, average office occupancy has been hovering at around 26-28% for several weeks and the most recent data is a continuation of this trend, though tentatively encouraging,” said Lorna Landells of Remit Consulting.

“The pattern of behaviour remains generally unchanged, with a strong showing from Tuesdays to Thursdays and Fridays now almost a write-off in terms of a working day. Our data shows that, since mid-May, occupancy rates on Tuesdays to Thursdays have regularly reached 30-33%, with Fridays seeing figures of just 15-18%.

“Clearly, this week’s planned tube and rail strikes will do nothing to boost numbers in the office, though,” she concluded.

Office occupancy figures (national average) by weekday since May 2021 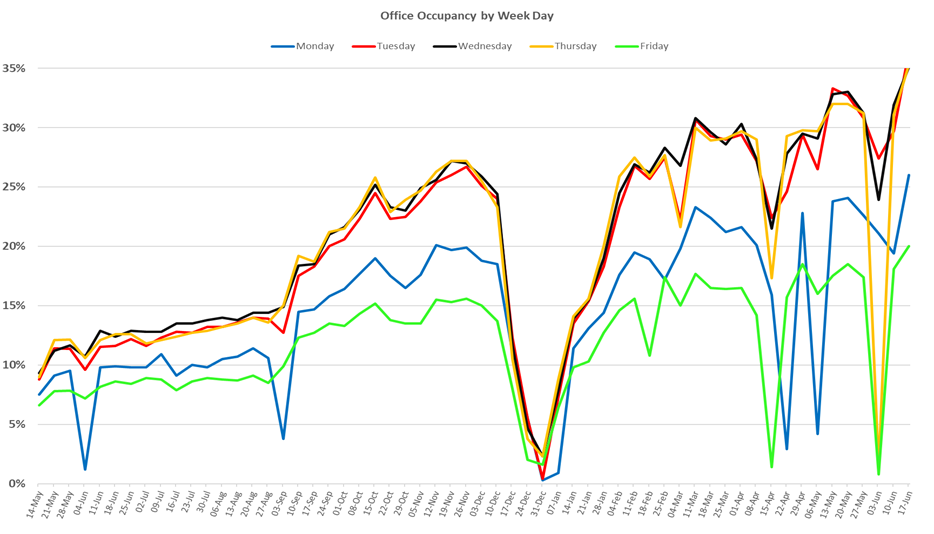