New Release: The volume of UK office staff working from the office has plateaued 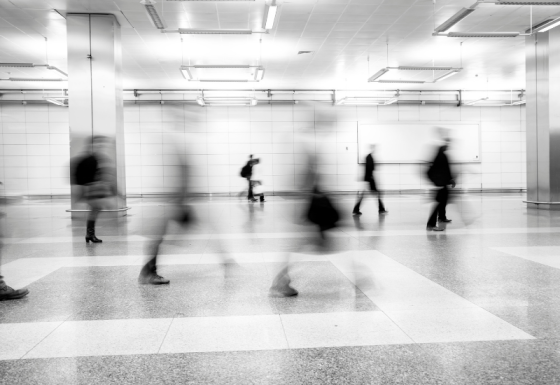 The number of people working in the office appears to have plateaued, having been impacted by several factors in the past four weeks, including a jump in the number of Covid cases and industrial action, according to the latest data released by Remit Consulting.

However, the most recent data (for the week ending 15 July) shows a slight bounce back, with an average occupancy for the UK of 27.6% - the highest since the average of 30.6% recorded in mid-June.

Nationally, Tuesday, Wednesday and Thursday all achieved occupancy of more than 31%, with Friday reaching 18%. In London, over the past four weeks, the West End and Docklands have regularly been achieving over 40% from Tuesday to Thursday, while the City is reaching over 30% on its busiest days.

The sharp rise in the number of new Covid-19 cases means that Covid has re-emerged to have an impact on the workplace. In the week to 6th July, an estimated 3.5 million people tested positive, according to the ONS survey.

Lorna Landells of Remit Consulting commented: "Office occupancy rates are still significantly lower than before the pandemic and far short of what was previously considered normal and as we move into the summer school holidays it is unlikely that we will see an increase in the number of staff working in the office over the next few weeks.

“In 2021, there was a noticeable uplift in the figures at the beginning of September. While we can expect a similar pattern to last year, the volume of people returning to the office will reveal the extent to which hybrid-working has been adopted by businesses and staff on a permanent basis,” she added.

National Average Office Occupancy since May 2021 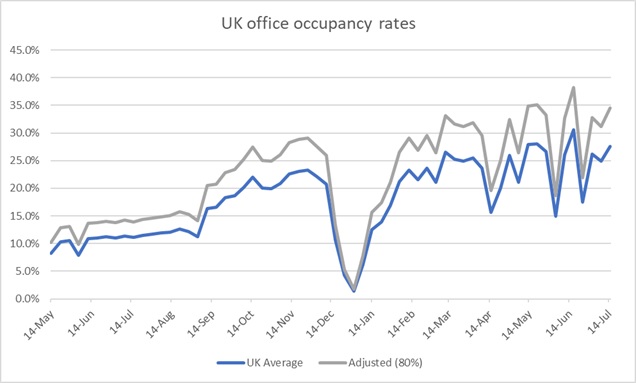 There are diverse views in the property sector regarding what constitutes maximum occupancy for offices, with some industry commentators suggesting that, due to holidays, external meetings, staff sickness and other operational issues, offices were only ever 60-80% ‘full’ before the pandemic.

Previous research from the BCO suggested a figure of 60%, while other market practitioners suggest a figure of between 70% and 80% at peak times in the calendar, although this will have varied widely according to individual buildings and businesses.