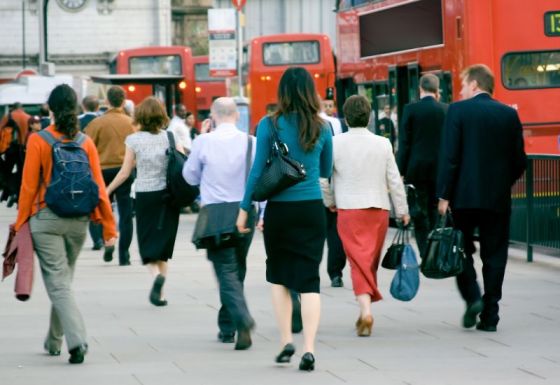 As the school holidays came to an end in England and Wales last week, the average number of workers working from the office reached a national daily average of 31%, the highest daily average recorded since the lifting of lockdown restrictions in May 2021, according to research by Remit Consulting.

The previous highest national average office occupancy rate, of 30.6%, was recorded in June this year.

The management consultant’s ‘Return Report’, also revealed that the number of external visitors recorded as passing through office turnstiles was also significantly higher than the previous few weeks, suggesting that more business meetings were being held.

“The increase in the number of office workers being back at the desk reflects a similar increase at the same time last year, marking the start of a slow but sustained return to the workplace. This came to an end with the restrictions put in place in response to the Omicron variant of Covid-19 in December 2021,” said Lorna Landells of Remit Consulting.

“Since the restrictions were eased earlier in the year, the figures recovered but have fluctuated since, partly in response to economic headwinds, such as the Queen’s Jubilee celebrations, industrial action, and extreme weather events. While the state funeral of Her Majesty the Queen will have a further impact on the figures, many will hope that the most recent data points towards a lasting return to the office,” she added.

Remit Consulting’s data confirms the trend for busy Tuesdays, Wednesdays, and Thursdays book-ended by weak Mondays and even weaker Fridays. This was again evident for the week ending 9th September, when the national daily average reached 35.9% on Tuesday, 36.9% on Wednesday and 36.4% on Thursday. It was 26% on Monday and just 19.8% on Friday (9th).

In London, both the West End and Docklands markets experienced inpidual days when an average of around 50% of all staff were in the office, with staff numbers at their desks peaking at an average of just over 40% on Wednesday 7th in the City market. 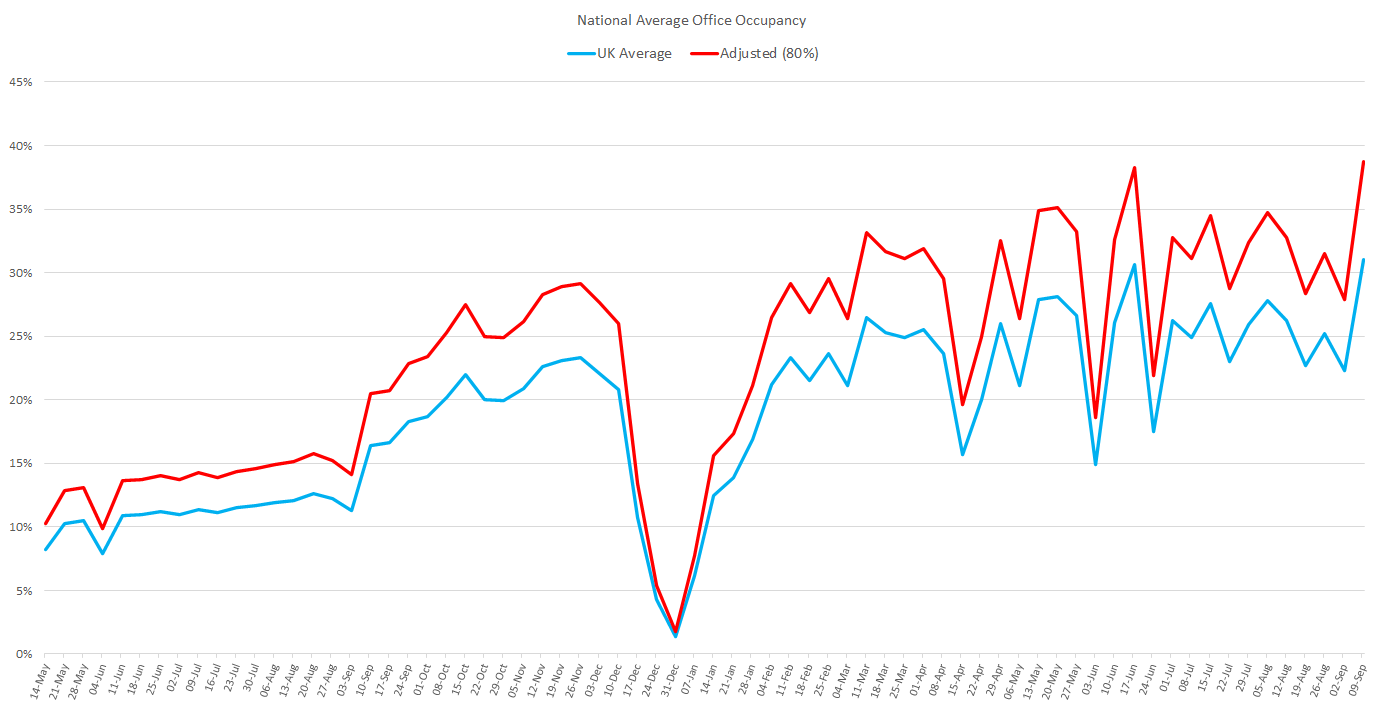 There are perse views in the property sector regarding what constitutes maximum occupancy for offices, with some industry commentators suggesting that, due to holidays, external meetings, staff sickness and other operational issues, offices were only ever 60-80% ‘full’ before the pandemic.

Previous research from the BCO suggested a figure of 60%, while other market practitioners suggest a figure of between 70% and 80% at peak times in the calendar, although this will have varied widely according to inpidual buildings and businesses. The graph shows an adjusted figure to compare current figures with a possible pre-pandemic “80% average office occupancy”.

The Return Report is being compiled by Remit Consulting weekly and is based on data provided by building managers from office buildings in major cities around the UK, many in central and prime locations.  The data is obtained from the buildings’ access control systems, providing an overview of the number of staff and visitors entering a property on weekdays.  This is presented as a percentage of the capacity of each building.